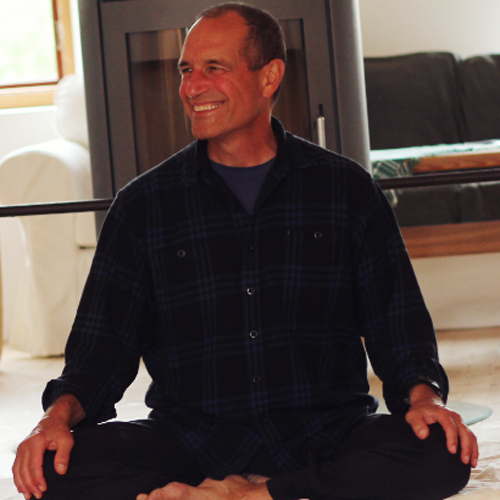 From Embodiment to Freedom: The Path of Awareness

This presentation will focus on describing and experiencing a direct line from Embodiment through Awareness to Freedom. Moshe Feldenkrais was not primarily interested in movement. Movement was the means he chose to explore the possibility for ordinary human beings, like you and me, to transcend our old conditioning, our learned habits of thinking, feeling, moving and relating and becoming "truly Human".

To enter the deep transformative potential of Feldenkrais' methodology requires, for many of us, other awareness practices. In a most enlightening conversation with Moshe Feldenkrais in his home in Tel Aviv, I stated, with some trepidation, that his prediction that learning through movement would "generalize" to other functions - including one’s emotional and relational life -was often not true. I noticed that this generalizing was not reliable, some people seemed to generalize the learning significantly, some a little bit and some people not at all. He looked at me and said "this is the greatest disappointment of my life". In this interview we will explore simple ways to facilitate the generalizing into the whole person the learning people can experience through the Feldenkrais Method®. We will also explore how other methodologies like meditation and psychotherapy are often incomplete without a strong, clear movement aspect. In the end, we will explore the requirements for authentic Integration, Congruence and Wholeness in human beings.

Russell has dedicated his life to the study of transformation since beginning his undergraduate study of human potential psychology in 1969. He is deeply indebted to his more than 45 years of Zen meditation, movement awareness and the study of somatic psychology for his learning.

Personally trained by Moshe Feldenkrais from 1975-1978, Russell maintained a close personal relationship with Dr. Feldenkrais until his death in 1984. He has helped train more than 2500 Feldenkrais® practitioners worldwide. He is also very grateful to Eugene Gendlin creator of “Focusing” for his mentoring and friendship.

Russell is the founder of The Embodied Life School. His teaching is a deep integration of Zen-based Meditation, Feldenkrais Movement and Embodied Inquiry, which includes various awareness practices devoted to deep listening to self and others.

Deep listening includes attending to the messages from what he calls "the wisdom body". Learning to listen to our physical bodies, our feelings, thoughts and the outer environment as an integrated whole creates a profound integration. Ten years ago, he created the ELMP (Embodied Life Mentorship Program), which guides people deeply into these subjects and trains teachers in offering these skills to others.

Russell credits his 43 years of marriage to Linda, also a Feldenkrais trainer and the raising their daughter Liliana as the greatest joys and teachers in his life.

Russell offers weekend retreats throughout the year and has a new Embodied  Life Mentorship program starting soon. Find out more at russelldelman.com