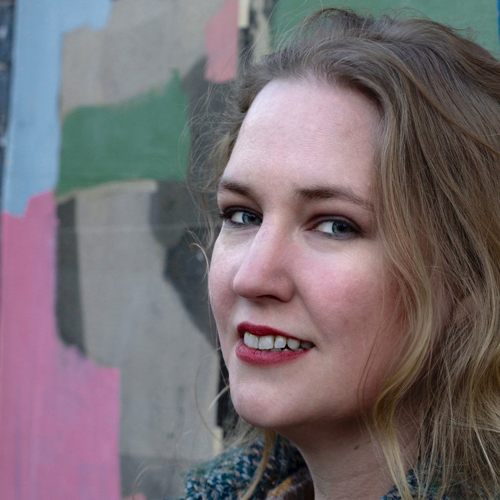 My name is Jessica Beck, and I’m a theatre director, somatic practitioner, activist, expat, and academic. My talk will focus on the influence and integration of the Feldenkrais method® into two subjects that I am very passionate about – arts and activism.

On the subject of Feldenkrais® in the arts, I’ll be speaking about the benefits of Feldenkrais for actors and creative practitioners (from the fluidity of movement and ideas to emotional expression), my experiences as a director bringing Feldenkrais into the rehearsal room (both the successes and failures), and how I apply the philosophy of Feldenkrais to my directing approach (and other management and life situations).

In relation to activism, I will discuss the connections that I’m currently making between Feldenkrais and my own activism. I’m particularly interested in the double-meanings of words that we use in Feldenkrais and how they relate to the wider world, such as movement (from ‘an act of moving’ to ‘a group of people working together to advance their shared political, social, or artistic ideas’), organisation (from ‘the quality of being systematic and efficient’ to ‘an organized group of people with a particular purpose’), and awareness (from ‘knowledge or perception’ to ‘concern about and well-informed interest in a particular situation or development’). I’ll include reflections on how Feldenkrais has helped to find my feet (for marching) and my voice (to speak truth to power), as well as a few anecdotes about secret ninja falling.

Raised in rural Pennsylvania, my love for theatre started from spending summer workshops in Shakespeare and musical theatre at Totem Pole Playhouse. I discovered my passion for directing at the University of San Diego, and spent a summer as a resident assistant director at The Old Globe Theatre. A semester abroad at the London Academy of Music and Dramatic Art introduced me to South African Theatre Practitioner Brian Astbury and his psychophysical work for actor training as well as his experience with devising and collaborative theatre making. What follows is a series of “yes, and”s with the universe that ultimately led me to forge a life in the United Kingdom, pursue a PhD, and discover the Feldenkrais method and become a practitioner. I returned to London in 2003 to train at East 15 Acting School on the Contemporary Theatre course, which Astbury founded, and started my career as a director of new writing and devised plays. I was an associate of Theatre503 in London from 2004 – 2010 and artistic associate of The Bike Shed Theatre in Exeter from 2011 - 2018, both fringe powerhouses of new theatre. My interest in psychophysical actor training led me to undertake a PhD in performance practice at the University of Exeter under the supervision of Phillip Zarrilli. My PhD entitled “Directing Emotion: A Practice-based Investigation of the Challenge of Emotion in Western Performance” explores Astbury’s work and Susana Bloch’s Alba Emoting – a somatic approach to trigger the physiological changes that occur during an emotion. While researching Alba, I enrolled on an intensive workshop in Mexico, led by Alba instructor Laura Bond and Feldenkrais practitioner Lavinia Plonka, and the rest is history. I’m now a master teacher of Alba Emoting, a guild-certified Feldenkrais practitioner, and instructor of Emotional Body work (Bond’s development of teaching Alba).

I balance my time between directing theatre, teaching (theatre, Alba and Feldenkrais), and fighting Trump, Brexit, and the forces that dehumanize us. In response to the US election result I began training in Krav Maga, a close combat self-defense system, joined an activist choir called Hollar4, and have been documenting protests and marches for a podcast series on Arts & Activism.

My Feldenkrais practice is based at Gong Bodywork in Brixton where I have a weekly Awareness Through Movement® class and offer Functional Integration. I also follow Lavinia Plonka around to many of her workshops around the world, and return to Asheville, NC nearly every year to teach with her and Laura Bond.

For more about my work, go to www.jessicabeck.co.uk and follow me on twitter@mizbeck.