Winding Up for the New Year? Not So Fast. The hubbub and rushing around of the holiday season are over. How wonderful that season can be and also how exhausting. Now, it’s the New Year. Typically a time for planning, goal setting, and building up steam to charge ahead. But wait a minute! Doesn’t that just extend the hubbub and rushing into the New Year? That keeps the pressure on, does it not. Where’s the time for recovery, for winding down in order to recharge? There may not be much. So what is one to do? 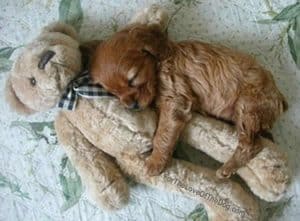 The reason there may not be time for winding down and recharging is that there is a misconception concerning what that means. Winding down and recharging doesn’t necessarily mean taking days to sit on the beach, though, for some, that might be a good idea. What I’m really talking about attending to is one’s natural rhythms. We all know that some people are morning people and others are evening people. We each have our own natural circadian rhythms. Some of us wake up in the morning ready to run into the day, others not so much.

When I was in college a friend and I frequently met for coffee at about 8:00 in the morning. I’d go off to my 9:00 am class. His first class was at 10:00 am. When we would meet up again around noon, he had no idea what we had discussed over coffee earlier. It took him more than two hours to really wake up! He could, however, study until midnight or later. His studying late was not the reason he could not wake up. It was just his natural rhythm. It’s important to know about, honor, and attend to your natural circadian rhythm. But even that is not enough.

What many people do not know is that we humans also have an internal ultradian rhythm. By now, most people know about sleep cycles. Scientists have studied the brain wave activity of sleeping people and have discovered that there are stages in the sleep process. The progression is from light sleep (on edge of conscious – unconscious) to mid and then deep sleep which is followed by REM (Rapid Eye Movement) sleep during which the extremities are basically paralyzed. It is the time of dreaming, and brain activity is nearly the same as being wide awake. We cycle through these stages every hour-and-a-half to two hours. That cycle is called the ultradian cycle or rhythm. What we now know is that the ultradian cycle is not just related to sleep. It is a rhythm that continues to play out through out the day. So what?

This tells us that it is important that we need to take a break every 90 to 120 minutes. It doesn’t have to be a long break, but it needs to be a relaxing break of some kind. We have discovered that those who do not tend to make more mistakes or produce lower quality work than those who do.

At some point, manufacturers discovered that giving workers a break every 2 hours or so improved production quantity as well as quality. It’s not that you deserve a break; it’s that you need a break. Those breaks contribute to improved mental and physical health. If it is possible, it is beneficial to do some activity such as meditation, yoga, tai chi, prayer, or journaling during that time. This is another one of those cases in which “less is more”.

In your planning and goal setting, make room for self-care. Refuel the tank or recharge the battery by attending to your natural ultradian rhythm. Doing so, not only benefits you, it benefits those people and projects that are important to you. In order to have a really good and happy new year, take a break. 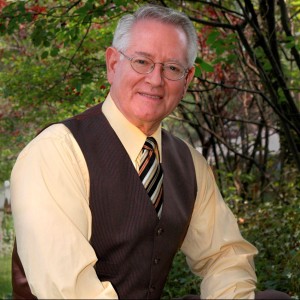 This website uses cookies to improve your experience while you navigate through the website. Out of these cookies, the cookies that are categorized as necessary are stored on your browser as they are essential for the working of basic functionalities of the website. We also use third-party cookies that help us analyze and understand how you use this website. These cookies will be stored in your browser only with your consent. You also have the option to opt-out of these cookies. But opting out of some of these cookies may have an effect on your browsing experience.
Necessary Always Enabled
Necessary cookies are absolutely essential for the website to function properly. This category only includes cookies that ensures basic functionalities and security features of the website. These cookies do not store any personal information.
Non-necessary
Any cookies that may not be particularly necessary for the website to function and is used specifically to collect user personal data via analytics, ads, other embedded contents are termed as non-necessary cookies. It is mandatory to procure user consent prior to running these cookies on your website.
SAVE & ACCEPT
Scroll to Top <script src='https: